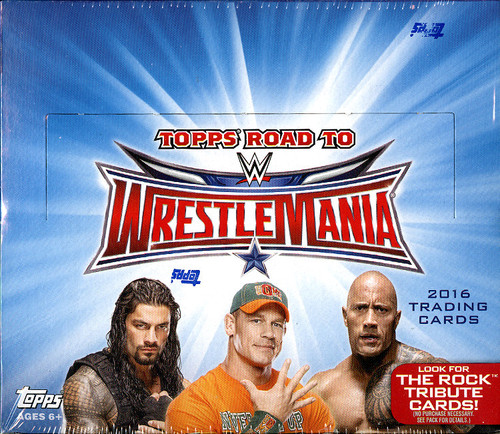 2 Autograph or Memorabilia Cards per Box

Rowdy Roddy Piper Tribute (1:6)
10 cards paying homage to one of the greatest WWE antagonists of all time, spanning his entire WWE and WCW career!

The Rock Tribute (1:6)
10 cards celebrating 10-time World Champion The Rock, with the remaining 30 spread over the three other Topps WWE trading card sets in 2016!