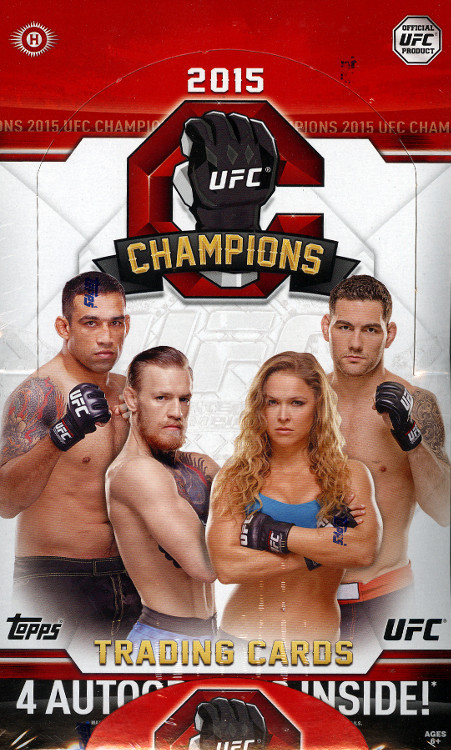 Fighter Autographs
Over 40 fighters and personalities from the UFC are showcased with their autographs. First-time signers will receive an additional "First Issue" designation.
- Red Parallel #'d to 8
- Platinum Parallel #'d 1/1

NEW! Fight Poster Review Autographs
Iconic UFC fight posters are displayed with one of the participating fighter's autographs.
- Numbered to 25!

NEW! Fighting's Future Autographs
A selection of UFC up-and-coming greats are highlighted alongside their signatures.
- Numbered to 25!

NEW! Championship Clashes Autographs
Some of the most memorable UFC championship fights are depicted on cards with a fighter's autograph.
- Numbered to 25!

BASE CARDS
200 of the most collectible UFC fighters and personalities from the past and present, including current champions, past title-holders, future contenders, and UFC rookies.

Fight Poster Review
25 of the most memorable events are showcased with a reproduction of the night's Fight Poster.